How do we know what to optimize and in what way? 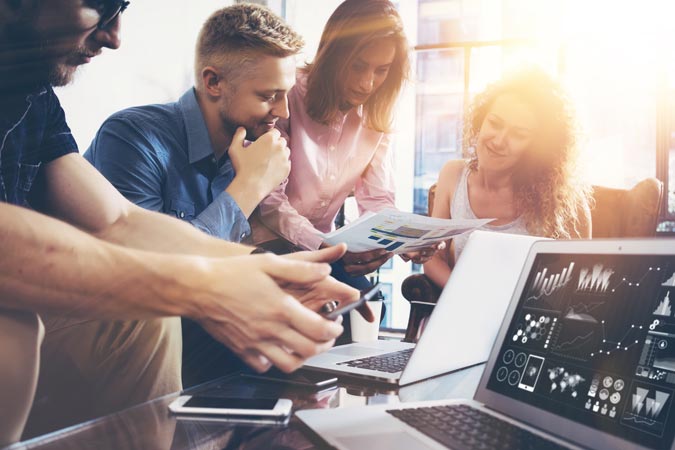 Craftware›Posts›Blog›How do we know what to optimize and in what way?
Business Analysts IT

Welcome back! Last time in the article “Process optimization in IT – why is it worth doing?” I explained that process optimization is worthy not to be devoured by competition and a free market. It is the high time to answer the important question: how to optimize?

Let us start with identifying areas to optimize

Each one of these areas has specific needs. That is why we have to use an individual and tailored approach in every optimization project. The goal of the process optimization should be clearly defined. For instance, if we want to spend less money on business as usual, then the aim is to optimize costs, and therefore, it should be defined from the start by what percentage these costs need to be reduced. Thanks to a well-defined objective, we will be able to explore in the longer perspective whether the project is successful (because the intended goal is achieved) or a total bust.

In some industries, the goal may be a downtime reduction, that is the time when the product is not manufactured for various reasons: lack of resources, poor work planning, irregular machine servicing as well as a contraction of demand for the product. When we decide on some goal, we have to ensure that it is consistent with the company’s strategy. Otherwise, the achievements of the project may be questions or the project as such will never be realized.

Learn about processes in the company

To achieve the target, the project team should get to know the current processes in the organization very precisely. A good practice is to have them listed and described even before starting the project or dedicate the first phase for an in-depth analysis of the present state. It is the so-called as-is model which then is compared with a planned new model – to be. That is how we kill two birds with one stone: identify process in a given organization and define areas to improve, and at the same time, we will provide our stakeholders a material to make critical decisions of the built solution shape.

The next step is defining a person (such as Process Owner) that will have the ability to accept changes autonomously in case of disagreement between stakeholders. Achieving such an agreement is not always possible because there may be many competing departments involved in the project. Ambitions, goals, and stakeholders’ approach to the project also come into play.

Therefore, if it is not possible to define the so-called SPOC (Single Point of Contact), the foundation of a steering committee that is properly available for the project has to be taken care of. It will allow avoiding long and stressful negotiations in the case of an impasse. It is worth making sure in which project methodology we want to work – is it to be Agile, Lean, and maybe Waterfall. It must be adjusted to the organization’s structure and culture as well as to the availability of the team, stakeholders, and ordinary employees at different periods of the project.

Rome was not built in a day! Optimization is the process of respectively occurring phases that need to be defined first: what, when, how, and for whom?

In the end, a few very important tips

That is all in this part of the optimization series! Next time we will dwell on the analysis methods and techniques. I will also share my favorite mix of those.