From programming to maintaining – how much human is there in RPA? 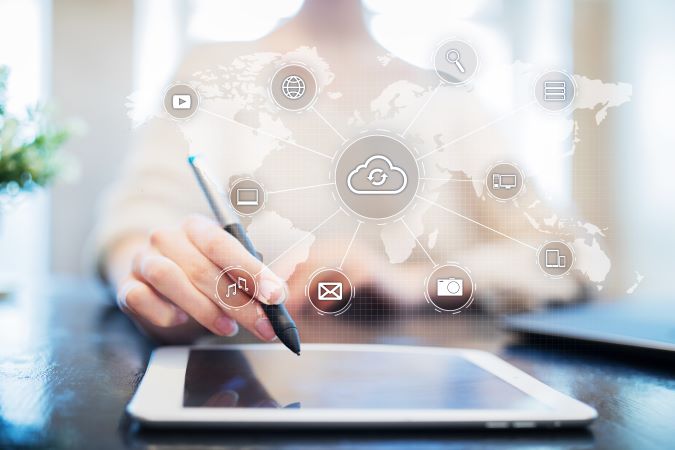 Craftware›Posts›Blog›From programming to maintaining – how much human is there in RPA?
IT Robotic Process Automation

We continue the series of publications dedicated to RPA (Robotic Process Automation). In the previous article introducing the subject matter, we presented potential market areas and processes that can be automated, the benefits resulting from RPA, and a list of technology providers belonging to this group. Today, we would like to share our experience related to planning the implementation of robotic technology and operating it. We will go through all stages of the implementation – from choosing the technology to robot maintenance, paying particular attention to selecting the competencies of the involved team.

Selection of technology and proof of concept (PoC)

The preparation to RPA implementation mostly means verifying the possibilities of this technology in the case of a particular organization and answering the question of whether robots will stay with us for longer. That is why the team is so important — during the pilot implementation or PoC, it will select the platform and indicate business processes that will the subject of automation.

During that stage, the task of the IT people is to verify the safety of considered RPA platforms (proper certificates, ways of storing keys, authentication, and authorization), as well as compliance with architecture standards of the IT systems in the organization. Besides, the representatives of the IT department support the people who build robots by sharing knowledge about the technology and the operation of business applications on which digital employees (that is, robots) will work.

The selection of people involved in building the first robots depends on the adopted strategy of automation.

In the following part, we will focus on planning the work in insourced or combined model of building robots (a client and a provider of robot creation services), as well as creating the RPA Center of  Competence. The project team should consist of people with analytical skills and can-do approach, open to new ideas and technologies, because these are the natural candidates to create the RPA Center of Competence (CoE/CoC).

The stage of selecting processes and building robots

The robots built in the PoC stage or pilotage are usually less complicated than those with which we deal at later stages of RPA technology implementation and operation. Therefore, in the selection of further processes for automation, comprehensive knowledge of the organization and nature of work in particular departments is essential. It allows a faster and — most importantly — more effective selection of further processes and tasks subject to robotization. Thanks to this, it is much easier to avoid pitfalls of robot implementation when tactical tasks are carried out, and combine the tasks into longer processes. Components of automation platforms, such as UiPath Apps, are helpful in this.

Moreover, the increasing complexity and scale of the processes covered by the implementation as well as the use of robots in the production environment lead to the necessity of conducting tests as in the case of every other  software platform implementation and update. Therefore, it is important to implement standards similar to those used by teams that build software. The contribution made by the people delegated from IT seems to be essential for actions such as defining standards of robot creation (components naming, exceptions handling, the optimal approach to processing big volumes of data) or robot operation validation.

Maintaining robots in a production environment

A well-performed PoC stage should be completed with a decision about choosing particular RPA technology and preparing a list of processes planned for automation in the nearest future, including the first process (or processes) ready to be implemented to the production environment.

As during other implementations, in the case of RPA the first days or weeks of solution use decide whether it is a success. Over this period, the possibility of difficulties is the highest. It is necessary to assign (and train) someone who will monitor robots working in the production environment. The role is so significant that the knowledge of people in this position should be no less than the knowledge of RPA developers, or they should have constant contact with people involved in creating the robot code. At the beginning of an organization’s adventure with the RPA technology, these two roles can be played by a single person. However, as when the number of automated processes increases, it is no longer possible since robots can work without a break 24 hours a day, seven days a week!

The first days of robot operation in a production environment will also most likely help in detecting business cases not considered during the analysis before the implementation. Close cooperation of the person that supervises robots, the RPA developer, and the business representative will make it possible to verify the automation and prepare a business case to complete the code of the robot so that it handles new tasks.

The implementation of the RPA technology, its growing importance in the organization, and the appearance of other forms of process automation result in the need of establishing a competence cell for them: CoC/CoE (Center of Competence/Center of Excellence). It is a team that not only watches over the maintenance of already existing solutions but also looks for new technologies and possibilities of their application to improve the effectiveness of the whole organization. The establishment of this team helps in improving information flow and sorting out procedures regarding both internal company policy as well as industry regulations.

We can distinguish the following roles within the Center of Competence:

As you can see, RPA implementation comes with creating new job positions and often whole new structures in the organization. These actions undoubtedly mean cost for the company so it should be considered at the beginning of a project. However, it is worth thinking of it as an investment that will let the company to obtain measurable benefits and open new possibilities of professional development for the employees.

Do you agree with such an approach? Are you thinking of automating first processes in your organization?