A three-act path to the Salesforce Certified Technical Architect credential 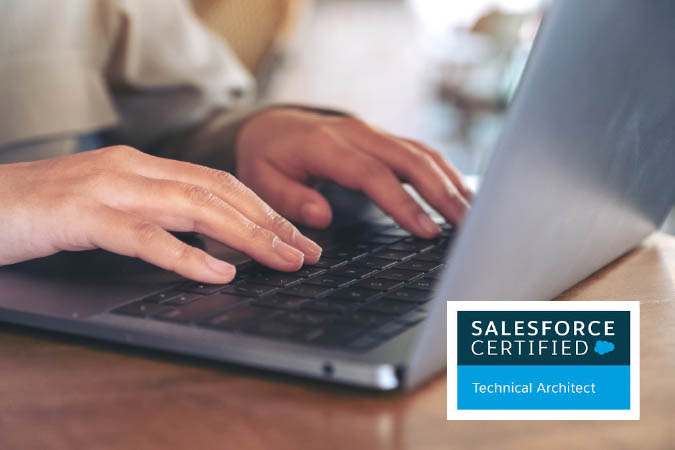 It came to my head to attempt the most difficult Salesforce exam, and it was a bull’s eye. Though a path to gain CTA was not easy and meant many sacrifices, the satisfaction is tremendous. Along the way, you may learn a lot… not only about Salesforce.

It all started innocently. In March 2017, during my periodic performance appraisal, I was challenged to certificate additionally. I had already had so much work in my project until the 2017 year that I have not even thought of certification, and yet, a New Year’s resolution and my upcoming performance review have spurred me into action.

The first certification was quite a challenge. The last exam I took was 10 years ago, so I break the habit of verifying knowledge in a way other than my job’s results. Moreover, I have already become a Developers Team Leader, so there was some additional pressure on me. Shame on me if I do not pass the Salesforce Administrator examination.

For two weeks, I had been sitting over Trailheads, and at the end of January 2018, I gained the Salesforce Certified Administrator credential. Three weeks passed, and I already had the App Builder certificate on my credit, and then – the Platform Developer. I completed the minimum program, and I was ready to have my performance review.

I have decided that these certificates were not that hard, and thereby, I will try to gain a Designer certification. This time, I started with the most challenging exam – Sharing and Visibility Designer. Two weeks later, I was the happy holder of the first designer certification. I had the wind in my sails. I got to work, and after another two weeks, I already had the Application Architect certification. Pride +2, appetite ++.

In the next few weeks, I was passing the following certificates. Then, the idea was born in my head that maybe I should finish the certification job and pass the Certified Technical Architect exam – that is, the holy grail of Salesforce.

But how does such an exam look like? What is this all about? Those who blog about their CTA path have experienced mentors. They also write about a considerable amount of time that has to be spared on the preparations. Accomplished architects approached the exam twice or even three times. Am I sure this certificate is the right one for me? I am only a Salesforce developer, though I have in my head a few motivators…

I negotiate with my family – I have to sacrifice 4 months of my time for the CTA. Then I negotiate financial terms with Craftware, and the die is cast. I will take the Certified Technical Architect exam.

The entire process starts with a case on the portal where from the current calendar, I must choose the date and place of the exam. After three weeks, I received a questionnaire in which I had to describe how I plan to prepare for the exam.

As part of my preparation, I passed optional the Mobile Solutions Architecture Designer certification of the architect path because it is a permanent element of the exam. I also had three individual test exam sessions under the eye of an experienced CTA – Sebastian Wagner. There are many architect groups on success.salesforce.com from which you can acquire valuable knowledge.

I picked the Salesforce Architect group and Ladies Be Architects (sic!). Although the second one is dedicated to women, everyone can join, and its goal is a smooth flow of knowledge on the subject of CTAs and designers’ exams. Gemma Emmet – the founder – at that time, succeeded in forming two several-person groups who carried out the CTA mock exams between themselves. While one person presents, others examine him or her.

Recordings of such exams are available on YouTube and are very helpful in shaping your CTA exam approach. Thanks to them, you can broaden your knowledge, see others’ attempts, and learn which mistakes to avoid.

Six weeks before the exam, I have received a confirmation that I am on the list of participants. I booked a flight and accommodation in London, and I still was studying exam materials – scenarios, presentations, drawings, time’ control. I have also tried draw diagrams on a big piece of paper (A2) because so far, I had done it only on A4.

It seems like not a big difference, but you may be surprised how much time is wasted because of drawing in 400% magnification. ?

The third act: The exam

I arrived at my destination one day before the exam, in the evening. From an airport to the center, I traveled by train. The station was right by the Salesforce building, and I had a hotel nearby so that nothing would disturb me getting for my exam. Although studying right before taking an exam is not advised, I like to load my RAM as much as it is possible. That is why on the plane and in the hotel, I was reading my notes all the time. The night was difficult; obviously, I was getting a bit nervous.

The exam began at 11:30 a.m., but I was there a little sooner. So here we go. After 2 hours and a half of preparing the presentation, there was a 15-minutes break. Next, presenting a solution, which lasted 45 minutes. Another 15 minutes of intermission and one hour of questions. I answered all of the questions, but… I made some mistakes.

Exams take place in one- and two-weeks sessions, and they are based on one scenario. The results are given after completion of exams so that others did not use the ones’ feedback. My examination was on the second day of such a session, and therefore, I waited three weeks for the results.

The CTA exam result has 3 ratings:

I was in the third group, meaning I succeeded 6 of 7 parts, and the last one, I could take in the second exam attempt. It is all the more convenient since the additional exam lasts for 2 hours – I received a cut scenario, and a solution, as well as presentation and questions, relate only to this one not passed section. A resit is free, unlike a full second examination attempt that costs 50% of basic exam price.

Supplementary exams are organized no sooner than a few months after the first try. Thanks to that, there is time for filling knowledge and practice material. Organizational issues affected the decision that finally, it was after a five-month break when I was back on an examination hall, and in 2019, I achieved Certified Technical Architect certification. I hit a home run!

P.S. When it comes to chances of getting Certified Technical Architect credentials, there are no official statistics, however, according to my records, there are about 300 people in the world currently who have this certification, including me. Pride – +1000 ?