What is the connection between CRM and a football match? 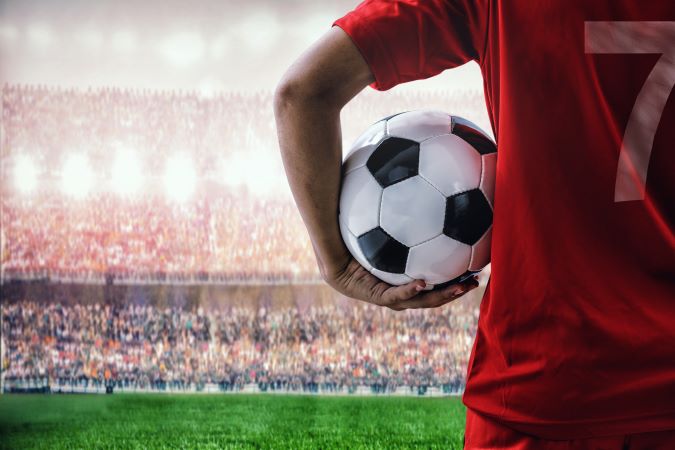 Craftware›Posts›Blog›What is the connection between CRM and a football match?
Business CRM

It has been a while since my last article, Pre-implementation workshops – who would possibly be interested? I hope you have missed me because I have missed you 😊 . The article discussed the Salesforce implementation preparation starting with business requirements, needs, and goals that the implemented tool has to meet. Today, let’s assume that this part of the project is behind us. The question is – what is next? Of course, the implementation!

Preparation for the CRM implementation: briefing

I really like graphic comparisons (see the automotive dilemmas from the previous article). Let me find some appropriate allegories this time. I am a football fan, and I miss watching live games (or at least on TV, with full bleachers creating an amazing vibe). In my opinion, the CRM implementation can be compared to a football game that starts with the pre-match briefing in the locker room.

During the briefing, we confirm our tactics and goals for the upcoming competition (the implementation), the division of roles and responsibilities in the team because, obviously, the football squad is like the project team. Our staff consists of the implementation partner and customer representative (or representatives). The captain, responsible for carrying out the plan, tactics, and smooth operation of the team during the game (the implementation), is like a Project Manager. Like in every team, some analysts cocreate strategy – referring to the plan and considering potential risks. They sketch it not only before the game in the locker room, but also they respond to the changes in the situation at the pitch. The implementation team, consultants and developers, are the center field players, meaning midfielders and attackers. A goalkeeper with the defense is the entire Quality Assurance team defending the team from loss and unwelcome twists and turns in action.

The next phase of the CRM implementation: let the game begin

After the briefing, there is time for the next phase of the CRM implementation. In the above-described squad, we take the field.

As I mentioned, the Project Manager, that is, the captain takes care of our actions to approach the goals. The winning match is considered to be a successful implementation of CRM. Measures of success are defined individually for each game. However, there are some universal measurements such as achieving the objectives, implementing at the scheduled time and budget, as well as users’ high adoption of tools, and so on.

Distribution of tasks is crucial, together with, according to their context, predetermination of risks, preparation for them, and their mitigation, that is, the so-called figuring out the enemy (and here is the inestimable role of the analytical staff).

A role essential in the CRM implementation project that is not typical for the football team is the Single Point of Contact (SPOC), meaning the above-mentioned customer representative. On its behalf, SPOC makes the most important decisions, explains business matters to the team, and confirms the direction in which the whole team is heading. Does SPOC have to be the person of the IT world? Not necessarily. Good, if the person has a technical knack and a feeling for the language used in projects (especially in the documentation), but it is not a must-have. The key to this role is understanding goals and customers’ business, familiarity with the organization, and a sense of responsibility. Project Managers are most common in such a role (on the side of customers), or owners of the CRM implementation’s business areas.

Let’s get back to the field: we see there successive actions and moves, consistent with adopted objectives and tactics. What happens on the field corresponds with the following project phases – subsequent requirements are carried out, and the effect is apparent, for example, in terms of particular functionalities.

The summary occurs during the demo – let it be called half-time. It is time to assess implemented actions and verify the goal. Is it consistent with the final objectives? Has anything changed in the meantime? If needed, we modify the list of actions by introducing the new ones in place of those previously assumed. Everything takes place in the context of presenting the CRM system implementation effects live! This first experience with the tool prepared for the customer is often such an emotional moment.

The model in which we carry out the project (play competition) is the hybrid model. We have a clearly defined scope (the Waterfall methodology), but at the same time, we allow the possibility to juggle with specific requirements in a dynamic way (the Agile methodology). The whole is based on requirements established during the pre-implementation workshops. This allows making modifications without the risk of significant changes in the budget or the delivery time for the objectives. Thanks to that, the team’s sponsor and the coaching staff are relaxed regarding the finances and the season assumptions. Such a cooperation model with customers distinguishes us on the market; we have developed it during many previous football-like competitions Craftware participated in.

The after-game analysis is the following phase of go-live, meaning running the production system, giving it in the hands of users on the customers’ side. The entire coaching staff verifies the team’s achievement and confirms if the carried out implementation fits into original objectives and is helpful for users daily. If so, the training is organized for the users (a joint clicking through the system according to the process, explaining operation principles, and so on) as the new tactic in the game, meaning the new tool resulting from the implementation. And all that so the users could use it by themselves.

If the tool fulfills its role, there can be new ideas due to the potential improvements – new moves and strategies. This means the maintenance and development phase in which the current players, namely, the captain and the Craftware team, can participate. Thanks to their help, customers and their teams can operate even more effectively and achieve their objectives.

In the next article, we will discuss these improvements and maintain the team’s high efficiency, that is widely understood CRM system maintenance.

In the meantime, you can look at the coverage (case studies) of the exemplary our previously played matches. Catch you soon!