Already in March, we will carry out expert Salesforce consultation sessions in Stockholm. Our goal is to share our experiences from numerous projects completed for the insurance industry and global organizations using the Salesforce platform on a large scale.

Based on ten years of experience and hundreds of completed projects, we would like to show how to improve the work of insurance agents, measure the results of performed marketing campaigns or work on up-to-date data in your CRM system.

If you represent a company working on many various solutions of the Salesforce platform and you struggle with their inconsistency, have issues in managing code, or you would like to deliver quick-wins to your business using the innovations available on the platform — we will show you how to achieve these goals quickly and within a reasonable budget.

Consultative sessions will concern two areas: the optimization of processes and solving issues typical for the insurance industry, as well as taking full advantage of the Salesforce potential in global organizations that feature a multitude of solutions throughout the platform. 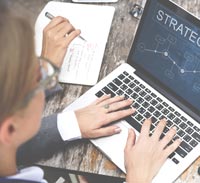 Challenges in the insurance industry
Would you like to monitor the work of your agents, but you don’t have the right tools? You do not know how to measure the effectiveness of your marketing campaigns? Would you like to have a 360-degree view of your customers? Or maybe you sell your policies through a network of partners, and you need to report their results efficiently?
Read more
Go to: 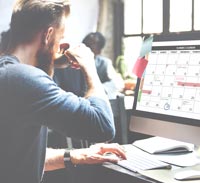 Challenges in organizations using Salesforce
Do you intend to create a new solution on your Salesforce platform? Would you like to optimize Salesforce instances through the harmonization of processes, data, or objects? Do you look for ways of integrating Salesforce solutions with other systems and apps
Read more
Go to:
Go to:
Go to:
Our Stockholm team
Previous
Next
Craftware sp. z o.o. uses cookies that are necessary for the proper functioning of the website. Subject to your choice, Craftware sp. z o.o. may use cookies for your experience improvement, safeguarding and saving your logging details, managing sessions, statistics, and improving functionality as well as ensuring personalized content of web pages that complies with your interests.
Google Analytics may use your preferences about cookies. The purpose and usage of cookies on these domains remain unchanged. Click “Agree and continue with default Craftware settings” to accept cookies and go directly to the website.Read MoreAgree and continue with default Craftware settings
Privacy & Cookies Policy